"I hope people and I can connect for one second as they watch one of the paintings. I do not wish to be understood." 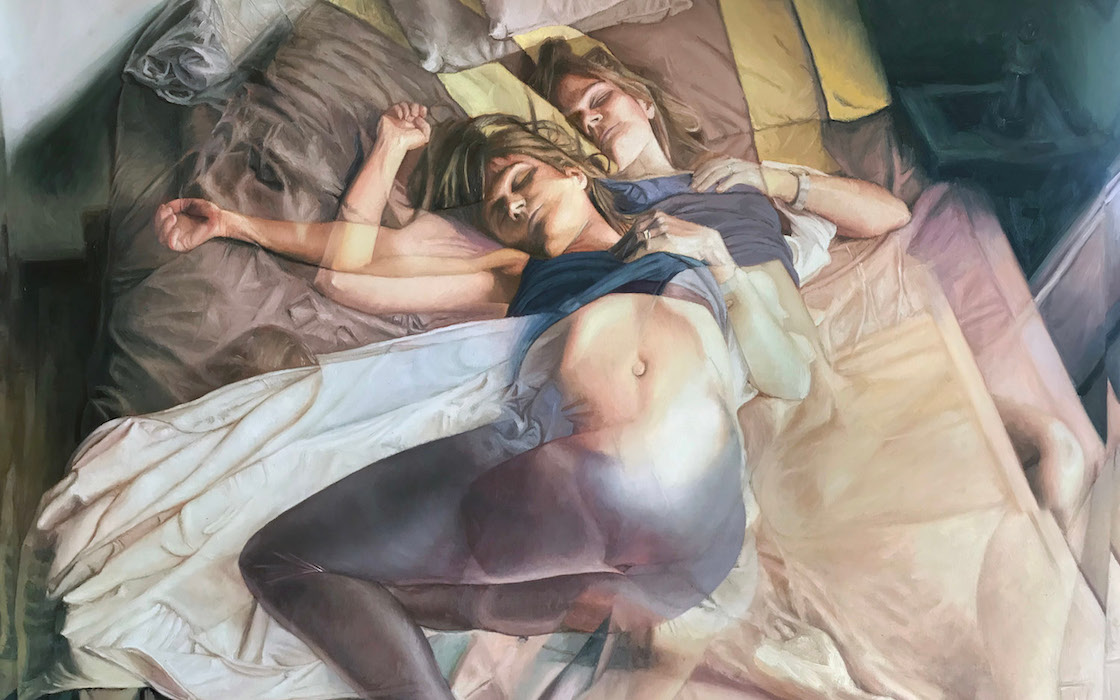 Today, we'd like to introduce you to
Diego Palacios @diegpalac

Do you remember your first interaction with art? When did you decide you wanted to become an artist?

Hello Danai and thank you! My first ever interaction with art. I remember loving to draw at primary school. I also remember the first time I saw 2001 A Space Odyssey, where my grandpa explained to me and my siblings about the monolith scene at the beginning of the film, which made a big impression to me. I can also recall when I saw the painting of Dr Gachet’s garden by Van Gogh for the first time being somewhat younger: it was very strong.

My first direct interaction with art was rather young, perhaps around 8 or 9 years old. Some people came from the National Museum of Fine Arts to my school. They chose drawings from 4 or 6 of us, I was included and showed there, which made me very proud as a kid. I painted a landscape full of animals. Guillermo Lorca was also chosen (we went to the same school in Chile), we are good friends.

In a few lines, can you describe your process from start to finish?

Yes sure, I can try. It is not always the same but some general things happen most of the time. First, I look for a particular feeling. Then I think of an image which could somehow express the same feeling. It is usually related to childhood, or guilt, some pleasure. I try to find a photo or some about it. Mostly I organise a photo shooting. I must feel really keen to paint something, some particular idea, that is more important to me than thinking it should be intellectually relevant, although it being intellectually ‘correct’ is important. Then I play around with it on photoshop. Finally I use it as an inspiration from which I paint, letting the paint do its thing and adding some stuff in the process.

I love your use of light and shadow, the way you blur elements you draw and the sense of movement you are creating by depicting multiple versions of the same figure. This seems to be an integral part of your style and signature as an artist.

Can you elaborate on how you developed this style and what do you wish to accomplish by following this technique in your work?

Yes of course. Well… during my first years as a professional painter I was mostly obsessed with technique, and the old masters. I studied economics and wine knowledge mostly for family pressure, so I lacked formal art training. I though being an artist was to paint and perform technically. But this can get boring after a while.

When I arrived in Leipzig from France to take part at LIA (an art residency here) I felt like opening up some more to the contemporary conversation, and to look more to the inside, my own experience, feelings and perceptions. I wanted to make a modern Rembrandt (with all of the respect and distance saying that implies), I wanted to talk about timelessness, confusion and parallel realities.

This became a painting called ‘Self portrait with makeup’. One of the small models I used to build this image took my attention (it became another painting called ‘Monochromefaced’), it was an accident. I made a painting out of it. I liked the feeling of it, I thought it had something to say today, and since I’ve continued to work around and deeper towards this idea. 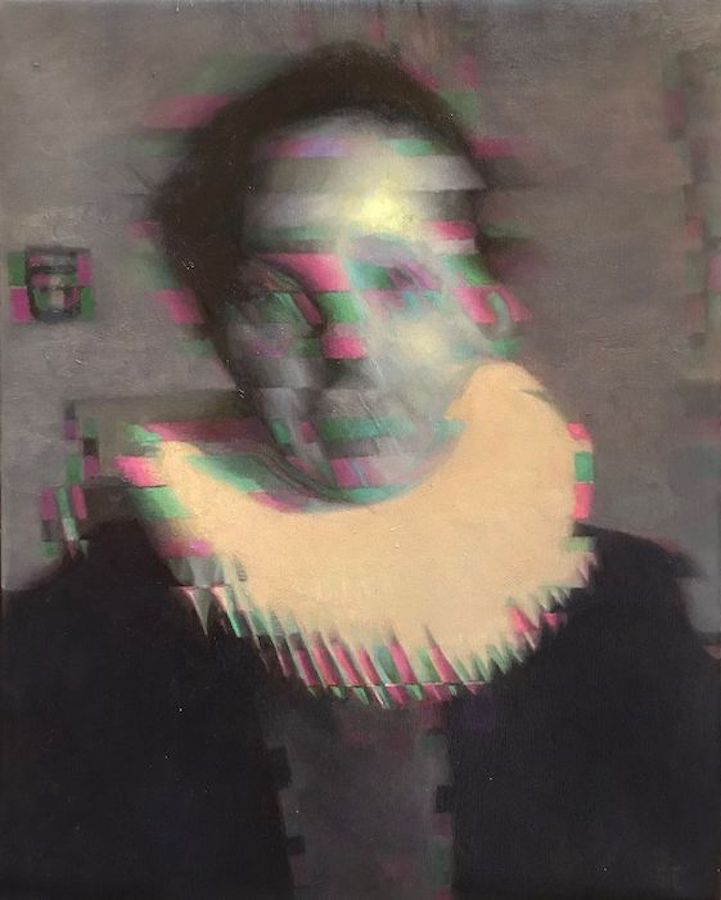 Do you have an artwork of yours that you hold closest to your heart? If yes, why is that?

For each painting I have a special thing… it brings me back to the moment when I painted them, even the music I would listen to as I did it. I guess Tillfällen marked me as I felt very energetic and enthusiastic as I painted it, and it was also the first time I could loosen up my technique (let’s hope this process lasts).

What does the figure mean in your work? What’s your philosophy on the nature of the portrait?

I like figures to be archetypical. It sounds pompous, but what i mean is that a face is just that, a face. Like it could be any face, instead of a particular one. I think if figures can transport emotion (like in dreams) and have according symbolic and intelectual reason to be in a painting, it is then great to use them. About portraits, and figurative works in general… at least from my point of view, communicating intimacy often makes good paintings.

How important is having a personal connection to the subject matter that you choose to paint?

I do think it is important. In the way that feeling a special urge for an idea usually renders well on paintings. Like, being inspired. The personal connection can also only exist in your head. I would say a personal connection to an idea, from real life or from imagination, is important, as it is also a source of motivation when painting. Some more intellectually orientated artists would probably say it is irrelevant. I just mean having a close relationship with an idea of a subject matter can help one to get more personally involved in the work.

Why do you think that the public has seemed to return to embracing figurative painters?

I guess it is a mix of things. In the heavily institutionalised post avant garde art world, what was and where it was shown was decided among a small group of experts and collectors. But then came social media, which is more ‘democratic’ to reproduce what kinds of works we are to see, and are actually liked. This, I think has had a big effect, and we are only at the beginning.

We must also say that many people are drawn to classical techniques or painting. At the same time I guess art is also sometimes living its cycles and thesis and antithesis waltz, and at the moment figurative works could be going up regarding people’s interest. Conceptual and abstract painting can be both very intellectual or too emotional. Figurative art has tools to mix both of these elements, to convey ideas and feelings efficiently. 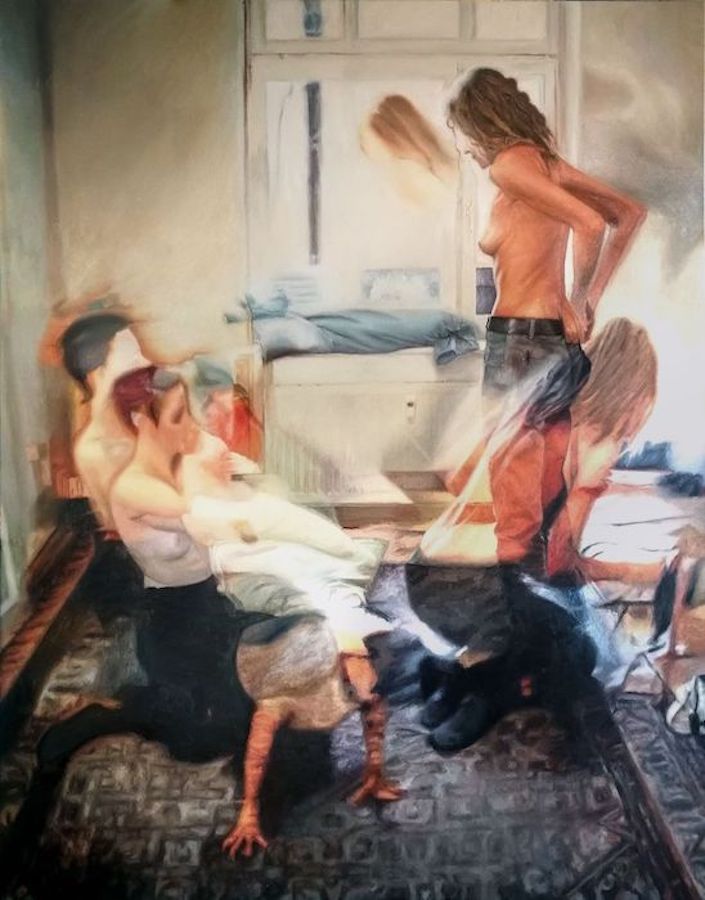 How do you see your art developing in the coming years?

Sometimes I am afraid I could become an abstract painter. What seems more plausible is I will just go deeper and deeper on the road I’ve started. Or perhaps I just have no idea about it. We will see.

What do you hope people take away from your work?

I hope people and I can connect for one second as they watch one of the paintings. I do not wish to be understood.